Is Basement Waterproofing Worth It? Let’s Find Out. There are few things that a homeowner despises more than a flooded basement. What looks to be a minor trickle or puddle is often a sign of a much larger problem, meaning you might need basement waterproofing. Damp basements can lead to a slew of expensive and time-consuming repairs. Water in your basement may cause everything […]

Standing Water Under House? Here are the Causes and Solutions Did you know that, according to The Balance, the cost of repairing clean water damage can be as much as $3.75 per square foot? If it’s caused by gray water, this cost is around $4.50 a square foot while it’s around $7 a square foot for black water damage. If you have standing water under your […] Owning a home is part of the American Dream. It also can become a nightmare.  Homeownership is a breeze when everything is working properly. But what about when things break down, fall apart, or just need fixing? If your home has issues that stay in disrepair, they can turn into big problems pretty quickly. That’s […]

Who Installs Sump Pumps? Everything You Need to Know Flood damage costs approximately $17 billion every year in the United States. Even recurring water issues can cause problems like mold, rust, rot, or electrical fires. If you have regular flooding in your basement or crawl space, a sump pump could be the solution. There are a lot of different sump pump designs to choose from. It […]

Do I Need a Vapor Barrier in My Crawl Space? 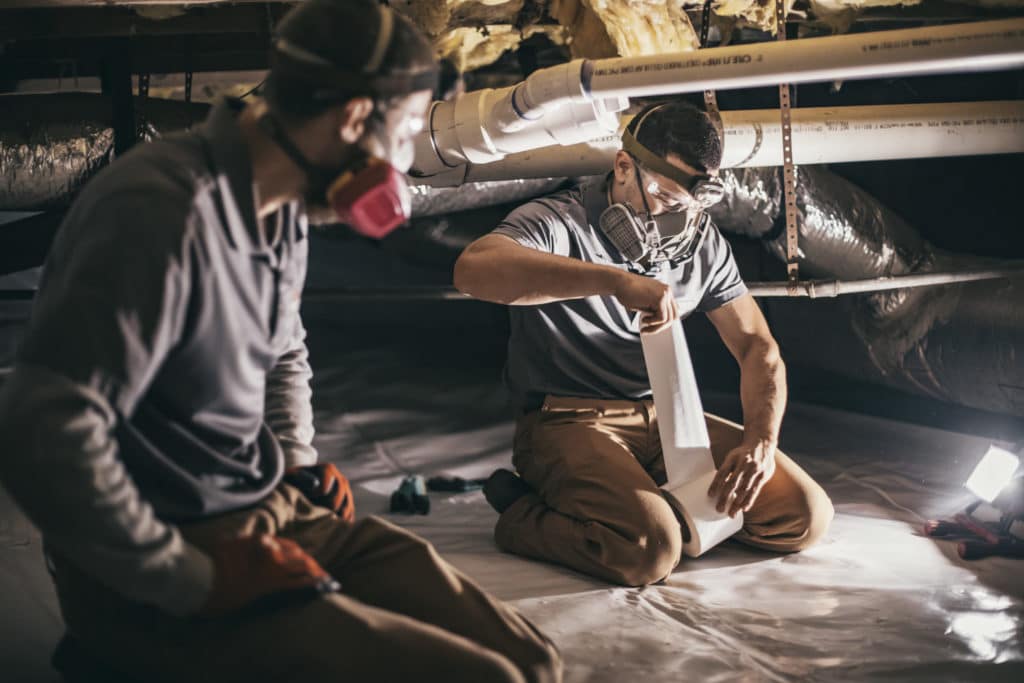 The crawl space under your home is more important than you might think. You may wonder, “Do I need a vapor barrier in my crawl space?” Well, you’re in the right place to learn the answer. Somewhere between 15% to 20% of all homes in the United States have a crawl space. A crawl space costs less […]

8 Signs You Should Hire a Basement Waterproofing Service Few things are as scary to homeowners as water intrusion in their homes. Excessive moisture compromises a home’s structural integrity and also poses serious health risks to its inhabitants. Water damage repair can also do a number on your bank account. But can you waterproof a basement? Remediating water intrusion at an early stage helps […]